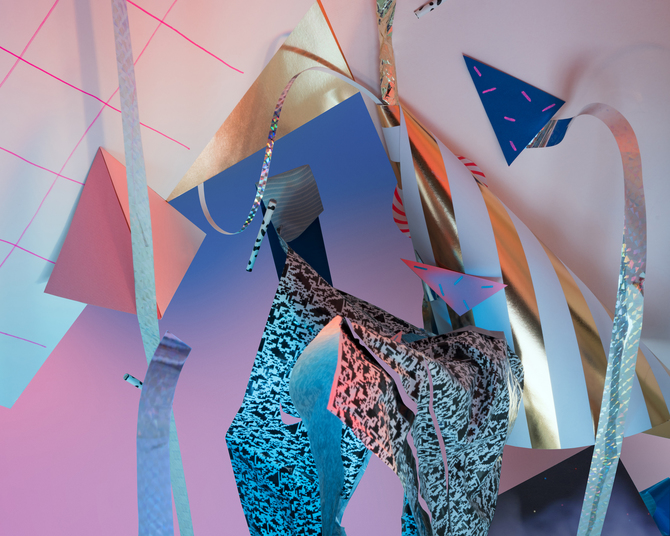 Parinya Champ is an artist attempting to map a higher dimensional state of consciousness known as Hyperspace—a realm existing outside of time that is imbued with decadent fractal landscapes of intelligent kaleidoscopic light. His photo series, Landscapes of the Hyperspace, is an attempt at visually charting transcendent spaces encountered on his journeys to the farthest reaches of human consciousness. Using large-format prints, his works depict hauntingly vibrant psychedelic geometric abstractions he has arranged into compositions that depart from a third dimensional plane—on the verge of losing representation to reality—seemingly inhabiting impossible non-representational spaces. These hyperdimensional scenes are sophisticated constructions he has created from holograms, paint, and polyhedrons.