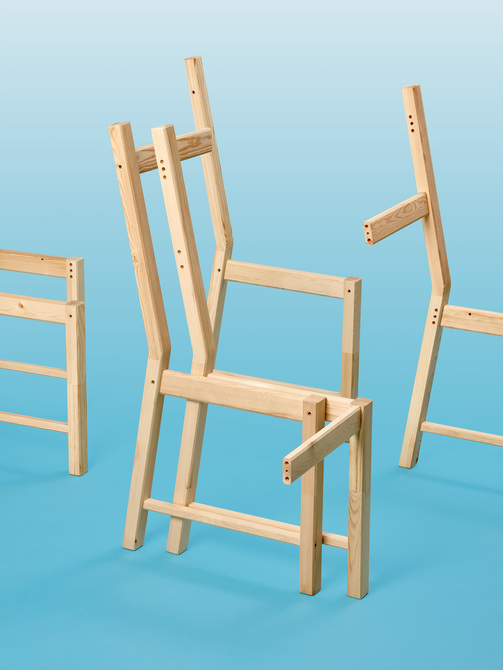 I focus on analyzing human sensation and perception in today’s technological environment. Applying the medial possibilities of photography, the viewer is directed to questioning and revising the reality of visual experience and rethinking the cognitive reception of the image. With this work, I raise image-related questions about the relationship between photography and reality. As ​part of everyday life, the rapid rise of digital technology has led to a number of challenges in our contemporary life. Whilst dream-like scenes created through technology have become increasingly convincing, it is hard to distinguish our conventional understanding of the “real” from new digital realities. This weight of information forces us to sharpen our perceptions in order to avoid digital distraction. The series includes photographic images created by photographing mock-ups built in a studio environment inspired by the aesthetics of video games and 3D graphics. The result is balancing at the border of real and computer-generated visuals. They point to the uncertainty of our visual receptiveness, calling for a layer of perception called Lev Manovich (by Walter Benjamin) as a labour of perception. Set-like surfaces and the underlying creative process focus on the nature of image representation. It also gains a critical reading of our techno-positivist approach, which is dominated by digital technology and virtual reality. Regarding the camera as a device, a “prosthesis”, which is capable of questioning photographic authenticity, indicating the manipulation of image editing programs. Thus, the series of photos, in the context of the digital photographic process, put the critical viewpoints into a new context by reversing the relationship between reality and imaging.