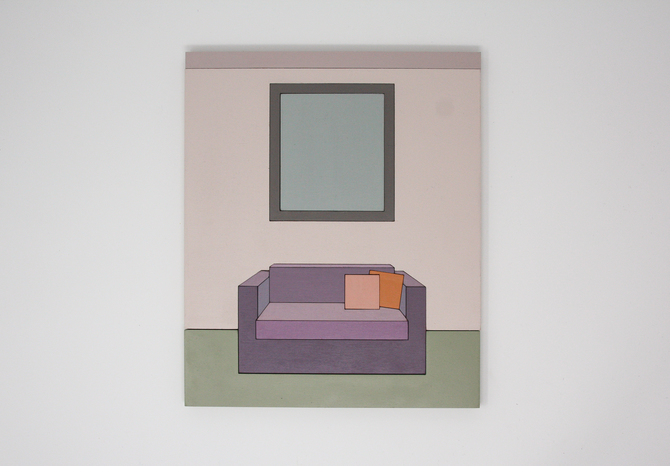 Child’s Play is an in-progress project that will comprise a series of new 3D artworks, defined as assemblage-paintings. My assemblage-paintings are painted wooden blocks, which, when assembled, form representations of interiors. The blocks, displayed vertically on a flat surface (such as a plinth or a table top) rather than on the wall, may be handled and rearranged by the viewer. This potentially interactive viewer experience is informed by Froebel’s kindergarten gifts, an early childhood education tool, of which I learned through the American architect Frank Lloyd Wright’s work. I encountered Froebel blocks for the first time in late 2018 at Chicago’s Frank Lloyd Wright Home & Studio, where they were on display. Wright claimed that his childhood exposure to Froebel blocks deeply influenced his approach to architecture, especially regarding geometric patterns and ornamentation. My assemblage-paintings attempt to de- and reconstruct my own compositions, potentially discovering new arrangements, patterns and meanings.