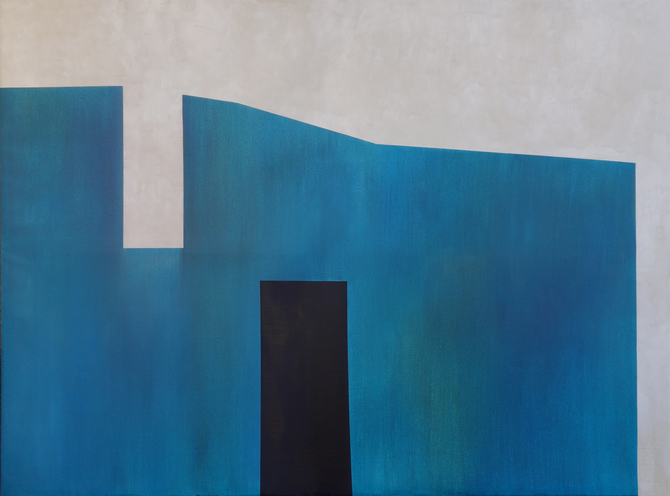 THQ – narratives in space The Headquarters of Telekom and T-Systems in Budapest behaves like a huge artifact. The designers created a sculpted mass, in which a special composition order of christalic shapes are composed. These behave as decorative jewels on the building. This means a new possibility of ornamentation in the compositional order of contemporary architecture. The building is not a decorated box, the ornament is a proportionate part of the whole concept. It appears as a spatial collage and as an opportunity to alternate scales on the house. The jewels are placed as a cut off portion of a larger surface to the mass of the larger scale. With their apparent continuity, they mean a break, which means the spatial appearance of photo cuttings. While designing the building, this concept was painted in paintings. The possibilities of compositinal experiments among the different elements were investigated. They show a system of forming, that is present in contemporary architecture, since the shaping of the buldings allows almost everything today. The free-style shaping becomes a geometry that goes along a whole building. Opposing this the free-formed gestures can be put into framed places on a building, which is a contrast to the vivid geometry. For Kőszeghy the emotional space created by gesture painting within a geometric order as a neutral background is important. Just as the façade of the building works as a simple backdrop for the golden jewels, this duality can be seen as an interplay of the different surfaces. The history of the building design is a kind of narrative that creates personal and professional links between the paintings and the building. It is not a simple illustration, it is the imprint of the artistic character of the architectural concept.