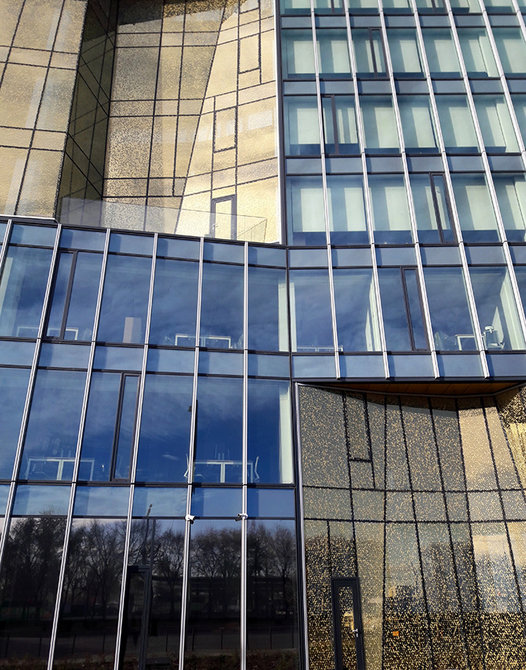 The Headquarters of Telekom and T-Systems in Budapest behaves like a huge artifact. The designers created a sculpted mass, in which a special composition order of christalic shapes are composed. These behave as decorative jewels on the building. This means a new possibility of ornamentation in the compositional order of contemporary architecture. The building is not a decorated box, the ornament is a proportionate part of the whole concept. It appears as a spatial collage and as an opportunity to alternate scales on the house. The jewels are placed as a cut off portion of a larger surface to the mass of the larger scale. With their apparent continuity, they mean a break, which is the spatial appearance of photo cuttings. This is where Flóra Kőszeghy's artistic concept shows it self in it's real. The huge scultures decorate the building, but they are a part of the whole, and it' concept.