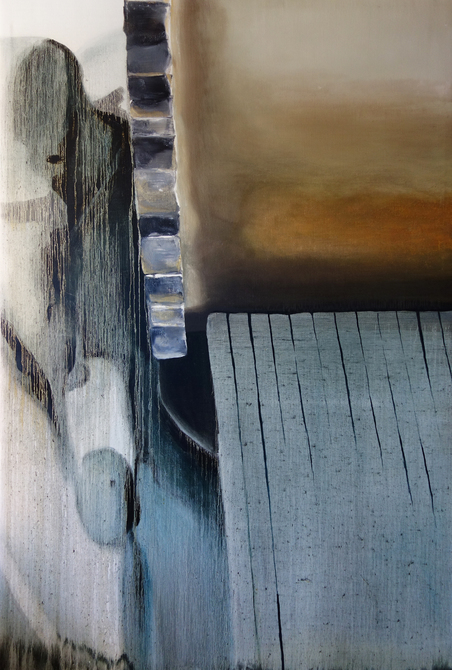 Kőszeghy's theoretical acquaintance to J. Cortazar's book "Enlargement", and M. Antonioni’s film „Blow up” is notable. In both works, by cutting out a part of the plane and shifting the scale, a slice of space and time is highlighted. Kőszeghy shows realistic or surreal details on a large scale, while eliminating the frame of the image. She creates a cut-out space segment that has a powerful appeal when the viewer is standing in front of it. By interrupting the continuum, an imaginary space is created in which the viewer him- or herself also shifts his or her own scale. This interaction, which causes the viewer to engage, is also related to the recognition of the depicted element. The intention of understanding the representation and searching for associations evokes activity. Thus, instead of being depicted by the artist, people become part of the process.