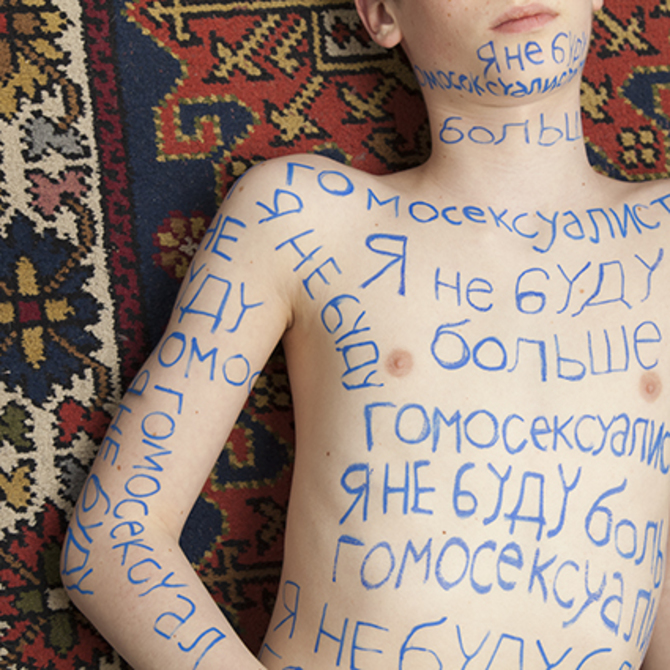 Hundred Times #6 - I stop being gay

As most of the social questions and phenomena appear on both macro and micro levels, conflict can rooted in disagreement between cultures, also between individuals, or can appear as a clash of interests between the individual and the authority. My series reflects this latter one. The social role that is taken or chosen by the individual often contrasts with the role expected by the society and the authorities. Power prefers obedient citizens who keep rules and laws, authority standardizes, punishes rule breakers, penalizes. Penalty - independent from its degree - burns its marks on one's personality, in given cases on their bodies as well. One of the most well-known punishments that appears even in elementary school is writing down hundred times the promise not to break rules ever again. I use this form of penalty applied on body-parts in the form of the promises of the imaginary Obedient Citizen.