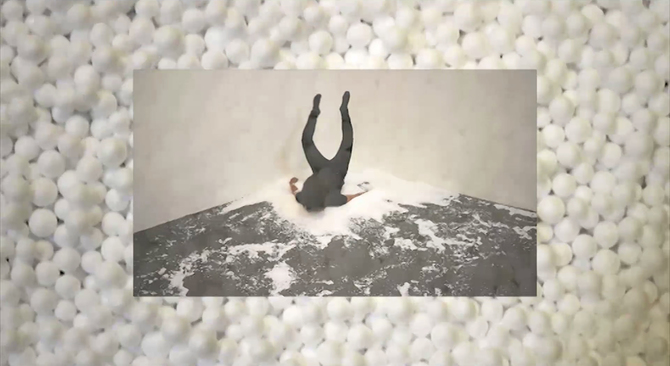 White Cube Challenge is an ironic criticism of the cultural institution system. The main character is Sisyphus, alter ego of young artist, who wants to get into this system. To achieve his aim, he got an impossible and humiliating exercise: he has to clean up the gallery space, which is fully covered with polystyrene balls, without any equipment and help. At the beginning, he was determined and enthusiastic, but he made very slow progress, and became more and more desperate. When he realized the impossibility and the hopelessness of his struggle, he’s already became the part of the system, but the price was too much. He lost his identity, creativity, motivation, in one word: himself.