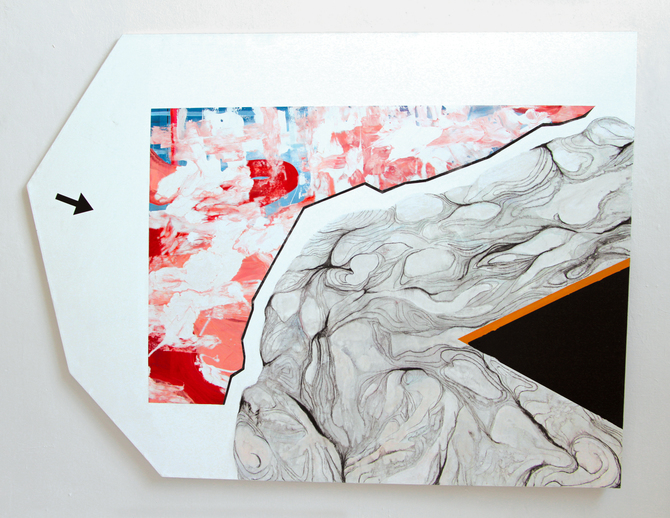 Ectopy is a medical term, which refers to a malposition of an organ. The square forms have been replaced by a mixed technique, especially with the shaped canvas. These artworks are based on a subjective take on other painter’s paintings, mixed with uncontextualized patterns and pseudo-scientific marks. The enlarged and disfigured details seem to be a totally accidental, covered or carved out cut. It can be said that these are ectopic dispositions within the pictures. These fragments generate a parallel reality, or realities, where the image becomes a self-sufficing entity like an unsolicited creature. The meaning of an image isn’t identifiable anymore: the image has lost its original context, it’s permanently moving and changing without human intervention. Pictures rule our identity and memories. Ectopy series is a model of this phenomenon, which appears during the making and also in finished works.