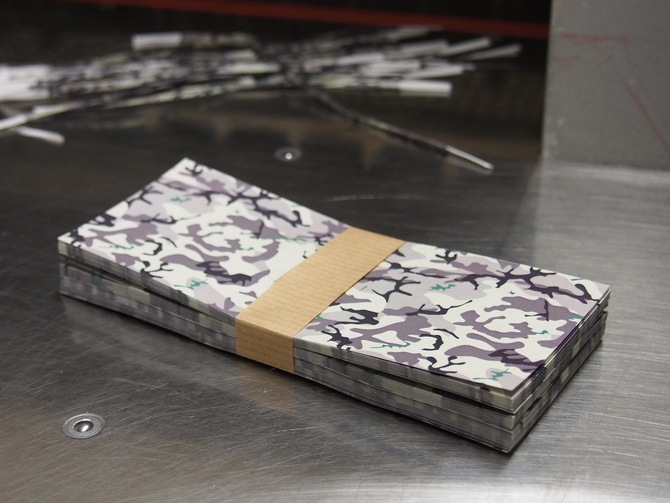 USD camouflage uses the colours and the dimensions of the United States one-dollar bill, while the military camouflage pattern follows the MultiCam design, introduced by the U.S. Armed Forces in 2002. The range of military camouflage patterns used by national armies represents the range of the controlled territories, just as the convertibility of a national currency represents the economic spread of a state. Printing money and deployment of regular army are state monopolies, USD camouflage questions these geopolitical axioms in the form of an unlimited edition series, which can be printed freely and exchanged for the equivalent of 1 USD in any local currencies.