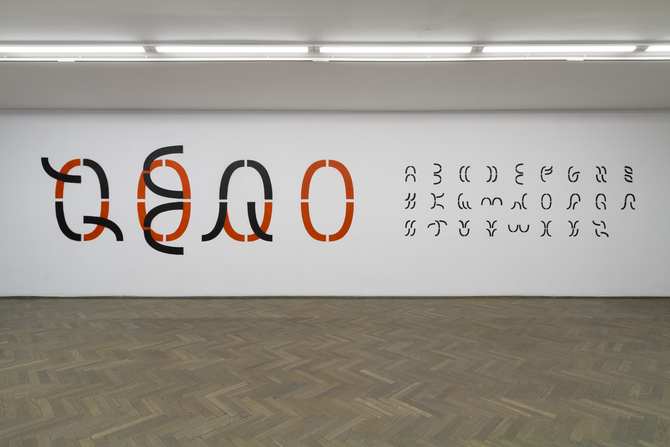 The real character / Zero alphabet borrows its title from John Wilkins’ 1668 book, entitled An Essay towards a Real Character, and a Philosophical Language which was one of the early proposals for a universal language. Following the logic of Josef Albers’ ‘Kombinationsschrift’, a typeface composed by almost interchangeable geometrical forms, a zero (0) was cut into four parts and each letter of the basic 26-letter Latin alphabet was composed using solely these four “zero fragments”.