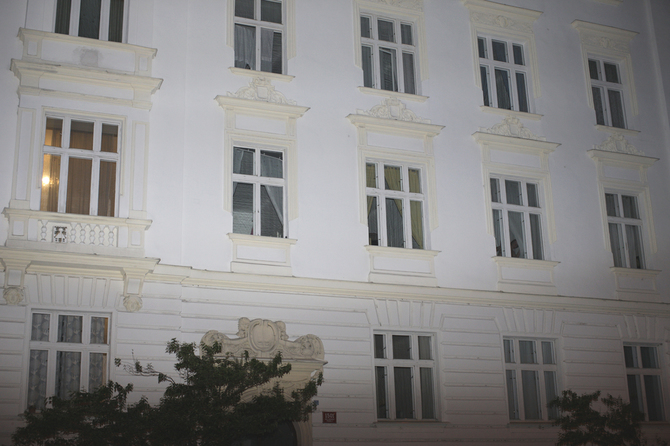 Photograps of people I put in light

I am interested in the mechanisms of viewing, whose attributes are intrusion, identity concealment, empathy and the distribution of artwork. All the actions in such situations are often interfering with the possibility of my failure. I mean good behavior on the edge. At night I put the camera on a tripod with a view of the whole apartment building. Then I took pictures with strong flash at intervals for an indefinite time. Within post-production, I have found people, who were caught standing at their windows. Photos of people were taken right at the moment they had a look out and I have zoomed in on them in these images.