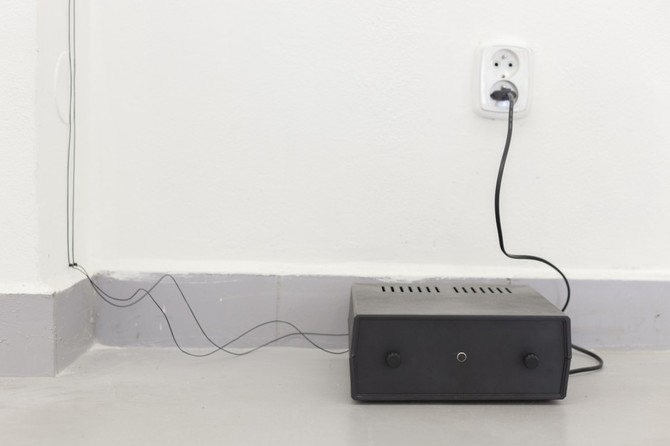 White noise is a random audio signal with uniform spectral density. Its use is various. When you enter a phrase white noise into a search engine, right on the first page of the search results you can learn that white noise will help you concentrate. Me, as the fan of experimental music, appreciate that the white noise was unhesitatingly classed as the music. Ján Slota, as the exmayor of Zilina, apparently has no children to bring asleep at the city hall. What was the purposeof the mysterious black box, wired with severeal piezo converters, that was left at the city hall after his departure? Here we come to the next use of white noise. White noise, thanks to its sonic qualities, is able to shade the human voice and thus prevents the interception. What conversations was needed to conceal so intensly by Ján Slota at City Hall? On the website of the Czech distributor of such jammers the introduction reads: We do not want to know who you are and why you need it! And although we are not this discreet, unfortunately we cannot learn anymore. By the way, the last time I saw such a jamming system with piezo converters were the windows of the house in Riga, where the KGB interrogated and tortured political prisoners. And recently, according to czech tabloids it was bought by a Prague City Hall. Ján Gašparovič, together with his technical adviser Peter Strek, install the series of piezo converters on external circuit of gallery walls and windows. Walk into this paranoid installation to tell something super-secret. Txt: Katarína Gatialová