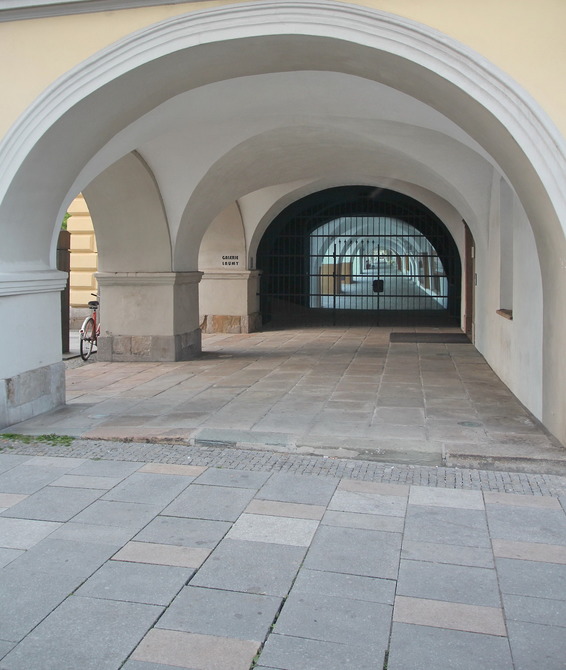 Original arcade near Masaryk Square in Ostrava is gone forever. An Attempt to recall it in new city architecture was not very successful so far, and what was devastated in the 70s, is reminded only by established name of the place. Young Slovak artist Ján Gašparovic, however, comes with a simple, instant solution - eventhough the arcade is not present here, why not to lent it from another city? He brings the arcade with him out of his hometown - Žilina, the arcade, he walks several times a day. Marianske Square in Žilina does have its own, ugly, yet unhealed architectural scars, but the arcade is here preserved in almost original form. And it lives its own life daily, with hundreds of people passing this way to and from a work, meeting each other, hiding from the rain, or to play the piano. The extension is a lyrical story of a place without beginning or the end. It is an idea of how the place could look like, and never would. It is a virtual reconstruction of the original state, by the extension of the arcade and the gallery itself. At the same time it delivers the view of Ján Gašparovic on his own town, on place, he is so familiar with, with the physical experience of continuous 12-hour lming in one place. Txt: Katarína Gatialová