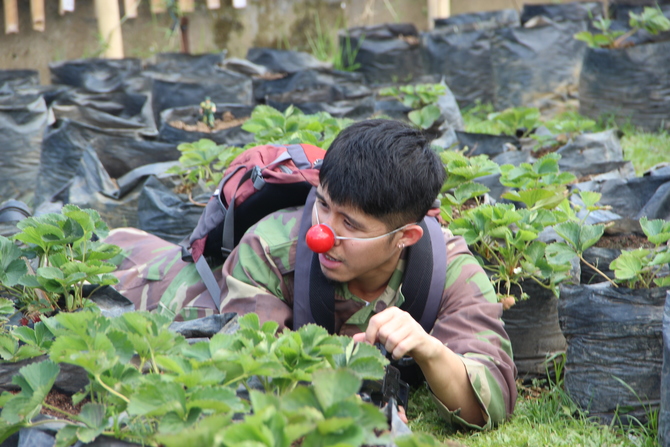 Death Saves the Strawberry tells the story of a human and his toy soldier. As a series of site-specific happenings, the artist take the role of a child playing war games accompanied only by his toy soldier and no one else. The performances occur without the need of audience and documented in forms of photographic images as the artist plays in either sites used to function as barracks or strawberry fields. Inspired by his childhood inspiration to serve in the army, Death Saves the Strawberry revisits missed chances, regret and solitude within masculine identity. Death Saves the Strawberry, titled after Tite Kubo's manga Bleach novel adaptation by Matsubara Makoto is a fan fiction from Eytan Fox's 2002 Israeli romantic drama, Yossi & Jagger. Other references to The Beatles' classic song, Strawberry Fields Forever and Julie Taymor's 2007 musical film, Across The Universe and Bo, a Hebrew song by considerably the most famous Israeli singer, Rita which was covered by Ivri Lider for Yossi & Jagger's soundtrack.