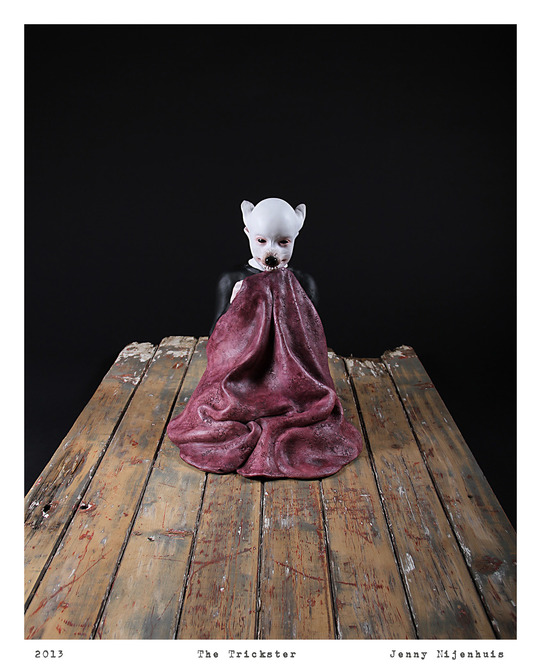 An archetype is a collectively assumed symbol, expression, or way of behaving, a prototype upon which others are modelled. Jung proposed the existence of universal prototypes of ideas that channel experiences and emotions, which result in recognisable and typical patterns of behaviour. At any given time, each of us is likely to be operating under at least one of the archetypal patterns, a character carefully put on for the known behavioural outcome. When the conscious mind chooses to ignore these archetypal behaviour patterns we become caught up in the belief that we are what we are merely experiencing - this provides a skewed sense of individual identity. This exploration of archetypes and their innate characteristics through figurative sculptural work attempts to expose the state of the human condition – while simultaneously revealing my own positions and choices.