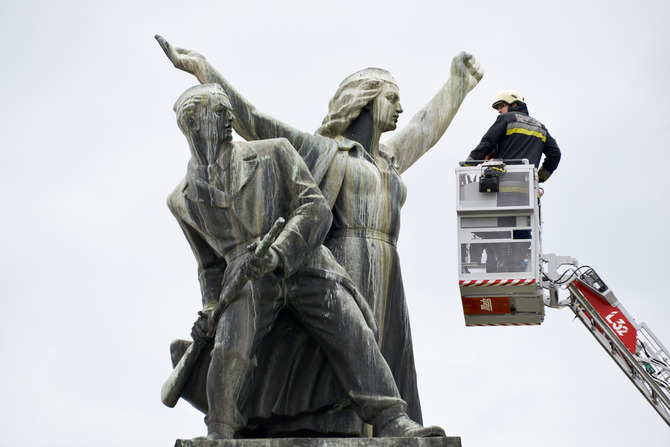 Eye to Eye With Freedom

Action in Public Space, Rijeka, Croatia 17 and 18th of May 2014 Monument of Liberation by Vinko Matkovic, 1955 Produced by: Spajalica Copula / MMSU Rijeka Special thanks to Fire Brigade Rijeka / Vatrogasci Rijeka Photo documentation: Markus Krottendorfer, courtesy Luiza Margan “Eye to Eye with Freedom” was a performative action in public space that enabled the citizens of Rijeka to be lifted 22m high with a crane up to the bronze partisan figures of the Monument of Liberation in Rijeka(1955) in order to stand eye to eye with the central, female partisan that represents the allegory of freedom . In relation to the action there is a series of photographs "Eye To Eye to Freedom".