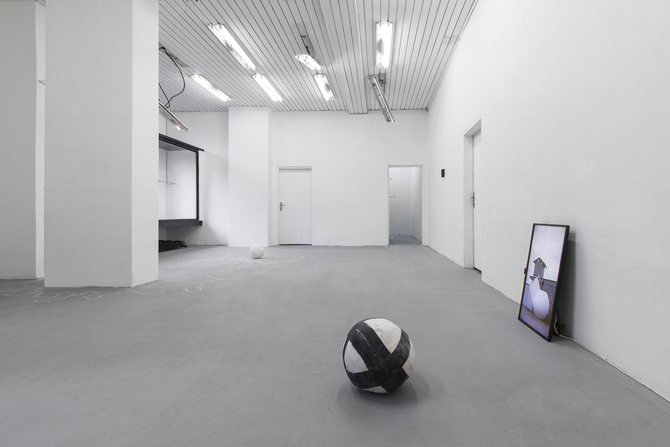 There are things among us which are there even though we cannot see them. Jano Gašparovič this time decided to look for this value in sound that cannot be heard by human ears, but is still perceived by our bodies, is present among us, vibrates and dances in space. The frequencies between 16 and 20 Hz cannot be distinguished by our imperfect hearing, yet they are physically present in their oscillations. Jano has already worked with invisible physical phenomena in his previous exhibitions and installations, his most recent work in Brno focused on sounds whose frequencies can induce earthquakes. His dedication to unseen phenomena is reflected even in his transparent glasses that try to make it seem as if they’re not really there even though in this case we can in fact see them. This time however, odds are stacked in Jano’s favor. Using various software and hardware technological means, the space of the HotDock gallery will be filled up with invisible vibrations. What can we expect of this experiment of Vernean stature? Will the low frequencies open a gate to an alternative dimension where Gašparovič’s glasses aren’t transparent and the minister of culture is Satan himself? Will the visitors of the gallery have their stomachs turned upside down, resulting in a group explosion the kinds of which are not referred to directly in decent circles? Or will, God forbid, the low frequency oscillations result in shaking of champagne glasses, so that one will only be able to drink Prosecco from plastic cups, oh the blasphemy? We cannot as yet provide answers to these undoubtedly important questions, the whole experiment s for now a speculation that is not guaranteed to work out at all. The greater the turnout, however, the more data can be fed back into the exhibitions, turning it into an acoustically unique spot. The seemingly empty space of the gallery will in this way be filled up to its furthest corners by entities unseen by the eye, which can nevertheless make objects and bodies of the audience vibrate. Txt.: Andrej Kabal