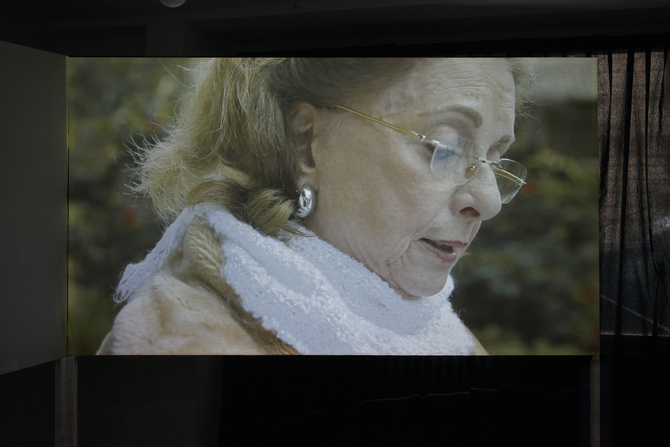 solo show, 2017 OFF-Biennale Budapest curators: Flóra Gadó and the curatorial team of OFF-Biennale A group within the Hungarian community living in São Paulo call themselves Turma (i.e., ‘group’ in Portuguese). They left Hungary for Brazil in the forties-fifties as children with their parents and until today they remained close friends. They are guarding and constantly recreating their traditions, which comes from the period when they left Hungary, yet it is influenced by the Brazilian culture as well. In the so-called golden age – the early sixties – the Turma performed theatre plays for the occasion of Hungarian national holidays. These events were not only important to strengthen the community but were crucial in the forming of their identities as well. Since then, they typically enact their Hungarian identity through dancing, singing songs and reciting poems: they perform their Hungarian-ness, as it were, both on and beyond the stage. Having followed the life of the colony for a long time as a friend as well as a documenter, Sári Ember now presents a video installation about this insulated community living out moments otherwise frozen in time.