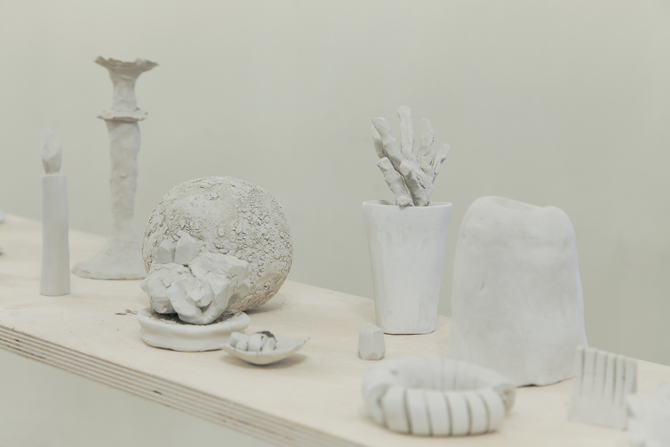 CHANGE-CHANGE Budapest 30.01.-27.02.2016 organization: Bruno Baptistelli, Sári Ember The exhibition is the last event of an old downtown flat, which has been inhabited and used for different purposes by three generations of the Ember family (among others as a ’salon’ between 2010 and 2013). It intends to think about the memory of the place, based mainly on the objects and history which belonged there. In the show these objects and artworks, jealously guarded belongings of the matriarch Magdolna Asbóth (1913-2011), which were thought to represent status, compose interior design and carry memories, are being mixed with contemporary art. By this, new layers of interpretation and a new kind of reading are added to them. Mixed up fragments of the past and present appear in the spaces of the now empty apartment, nevertheless the essential features of the flat, like its layout or the character and determining nature of its spaces are similarly emphasized.