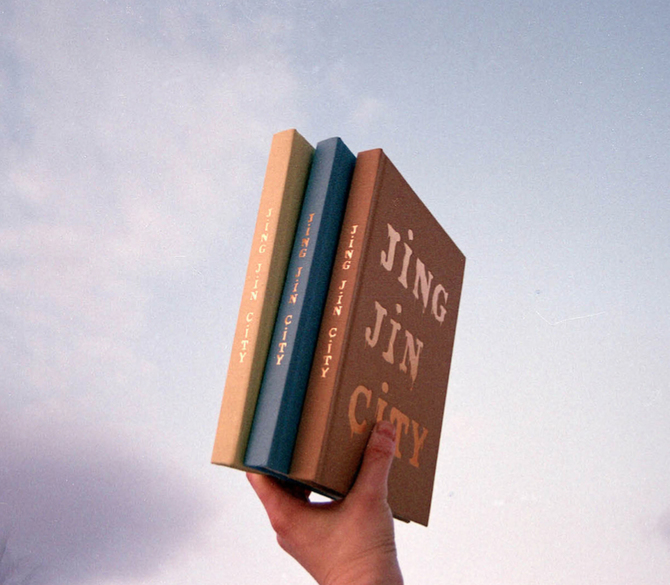 Jing Jin City is an installation and photo series that portrays a largely abandoned luxury resort town in the North of China. Built within commuting distance of Beijing, the city is dominated by a Hyatt Regency Resort Spa, with eight hundred rooms, a horse racing track and an 18-hole golf course. It is an entirely fabricated landscape where the four thousand villas exist in various stages of incompletion, ranging from concrete shells with unfinished interiors to rendered façades with landscaped gardens. For the usual visitor the city appears as a fully functional; houses near the roads have curtains hanging, bushes are cut back. The city is kept in perfect order by a small army of gardeners and guards who also make up most of the city’s permanent population. The activities of gardeners and guards maintain the illusion that the city is functioning as planned. The project comprises installations, a photoseries, texts and videos made in the city during two visits. As a result of the project a hard-cover artist book have been published.