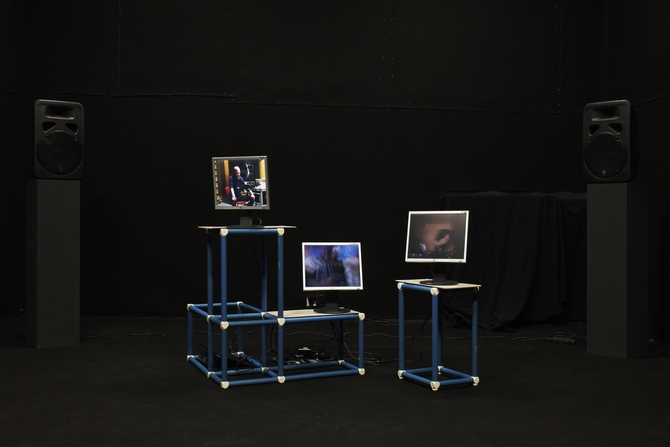 The project “Doctors” can be interpreted as a documentary constructed from fragments, a portrait narrated in the first person. The living testimony of an elderly man from Czech Republic is interwoven with conspiracies and paranoid delusions of persecution. The project is based on authentic material found on the web data storage Ulož.to. Dozens of records by this anonymous user were probably intended to serve as evidence of a general conspiracy involving the doctor mafia and detective firms leading to the personal destruction of private citizens. However, within low-res images we find only moments of obsessive introspection, everyday scenes of searching and securing one's own apartment and/or bizarre strategies to outwit an invisible persecutor/stalker. The observed reality of this primary material is interpreted, based in part on longwinded names of video files uploaded to the Internet. The material is enhanced by added components (e.g. voiceover, music) that seem deliberately secondary. Hence, authentic scenarios are audiovisually commented upon to encourage uncertainty as to whether the story is dramatized fact or fiction.