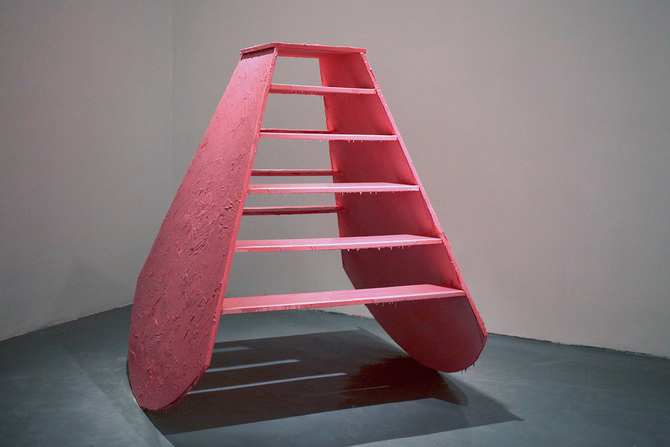 Rocking Ladder (The Pleasure of Failure) is a project based on the idea of Food as Actor, as a way of examining the language of the food industry – and as a way of examining language itself – through the almost absurd existence of certain products. By taking the idea of food-trying-to-be-something-else further and treating it in an exaggerated level, processed food will want to be other things, not just bears or nature’s younger brother – but building materials, toys in a playground or furniture. Food will now be acting: like a desperate mime or an eager actor. It carries a narrative projected in itself and a nostalgia for an unrecognized past. This idea of Food Trying to Be also refers to thoughts on Attempt (intention versus failure), Affection and the notion of Perfection that can never be reached. The focus here lies on the drive per se, as a hunt that ends up in utopia.