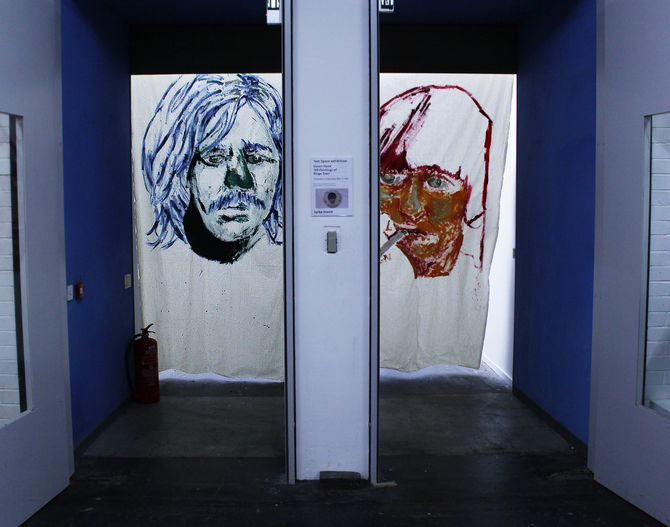 ‘In the Summer of 1947, six years after the birth of Richard Starkey, Richard Starkey fell dangerously ill with appendicitis. Complications from this illness led to an infection, and eventually Starkey fell into a coma. This kept Starkey bed bound for nearly a year. Richard fell seriously behind in his school work. Upon awaking from his illness That; Richard Starkey, alive with a new hope, renounced the world of school work and instantly became the incandescent enigma that is This; Ringo Starr. Wake up Meat Head. Don’t pretend that you are Dead. Get yourself up off that cart. Back off Boogaloo.’ An exhibition by Simon Hood at Spike Island Test Space, as part of The Bristol and Bath Art Weekender. A publication entitled 'The Metamorphosis' has been published to coincide with the Exhibition, and is available at http://www.lulu.com/shop/simon-hood/the-metamorphosis/paperback/product-22405042.html