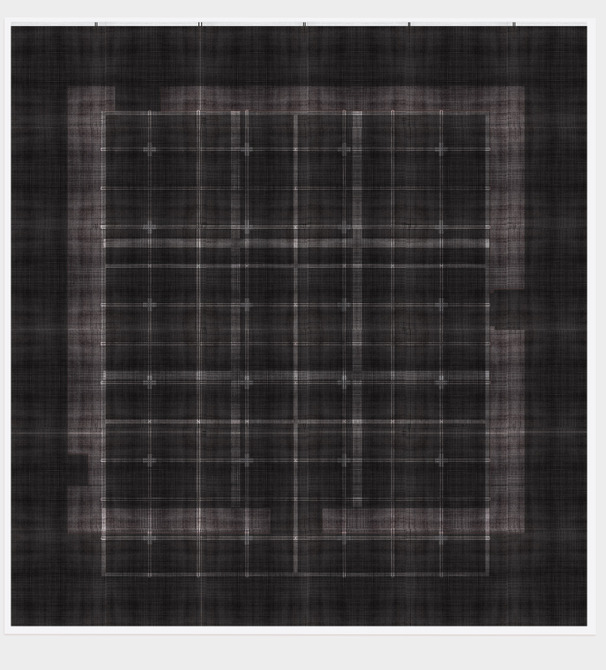 Vienna Biennale 2015: Ideas for Change / MAK (Austrian Museum of Applied and Contemporary Arts), Vienna, AT / 24/7: the human condition / Curated by Marlies Wirth / Fabrication: Helmut Heiss / The spatial work “so only the shadows are left described”, created by Seth Weiner specifically for “24/7: the human condition”, alludes to Fordism and its influence on the attitude toward labor in the 20th century. In reference to the assembly line production introduced by Henry Ford, in which work follows a 24-hour schedule, the artist combines the estimated total light intensity from the former Ford Highland Park factory in Detroit with the size of the gallery to create product lighting in his installation. Thus, visitors—a measure of the productivity of the museum— cast their shadows on the immaterial work of post-Fordism. – Marlies Wirth