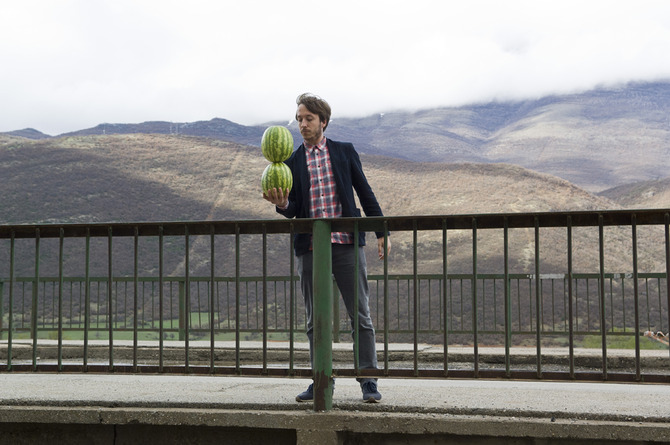 They say you can't hold two watermelons in one hand

Selmani approaches the idea of perceived reality by deconstructing formations of social, political and cultural topics that have been embodied around him. At a young age, he was told to worship a country that no longer existed, which caused him to form a basis of scepticism towards any supposedly given reality. He later used this as a beneficial tool to reconstruct his beliefs into visual artefacts. In 1999, old simulacra have been replaced by new simulacra; the ornaments of a previous space have been refurbished in order to unfold with new meanings but also new uncertainties. Selmani confronts himself as a spectator of this “on-going event”, but rather positions himself as an actor, enacting his performances based on his personal histories, beliefs and doubts.