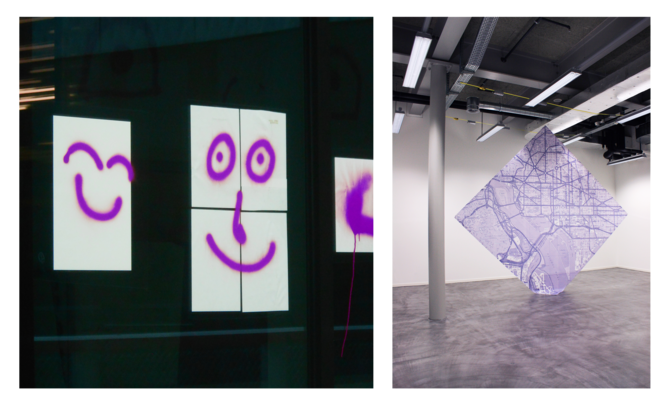 "Are we making art out of that that is a priori modelled upon art – as if in a pleonastic fashion? Calling art school an oxymoron may in this day and age seem paradoxical. Art school may no longer be semantically incompatible, the question no longer being whether art is unteachable, or for that matter un-learnable." "Confronting ourselves and others with the idea of making art out of art learning – all the while taking such confrontations to be the very putting of the idea into practice – has elicited truth as far as truth means conflicted feelings. How we are dependent on others – in both talking the talk and walking the walk – should perhaps be substantiated at first by not only what we will now introduce as this text’s first premise but how the introduction of such a premise is itself an example of our dependence on others: it has been hard for us to wrap our heads around how ‘every work of art is the linguistic foundation of itself, the discussion of its own poetic system’, that is, according to serial thought as clarified by Umberto Eco (1989: 246) – and, by the way, as ‘left unelaborated’ (Nowak 1999: 178) by Jan Mukařovský in the vein of a meta-aesthetic function. Following suit, additional premises introduce mutual interdependency between learning just how theoretically possible (or flawed) our artistic endeavour is and simultaneously finding our own practice (or practice-based research)." (p. 120) Correlating art-educational contexts like Jerusalem, Athens or Antwerp, including our own (Prague and New York), we collaborated on our meta-creative article “(Self-)Confrontation: Making a Pleonasm out of Art School” (Performance Research: On Radical Education, 2016). The mode of art education we proposed to center a discussion on served as the departure point for two sources of content and, in terms of format, an essay in both senses of the word: Looking at the particular mode of art education of which we, the authors, were users and whose main educational aim is a way of thinking about one’s creative process, that is, (self-)confrontation, we applied such thinking to this mode of art education itself – we confronted it – and in extension to other modes also perhaps on the verge of artistic practice. The question, then, was how – in regard to postdisciplinary conceptions of creativity – our activity started to both appertain to the possible practice of an ‘educational turn’ in meta-art (as formulated by Adrian Piper) and present one of the various and at times antonymous instances of what might be called an ‘artistic turn’ in art education. The first essay – an Introduction to the Art of Confrontation – deals with the Studio of Intermedial Confrontation’s art educational specifics via both analysis and testimony: How has a way of thinking about our own art (confrontation) rather than a way of fulfilling one of art’s categories (intermedia) led us to view the process of reflecting upon our individual artistic developments as precisely the art we are in the process of learning? Questioning whether such (self-)confrontation instantiates a particularly determined arrangement of what we generalize here as the contemporary dedifferentiation between art education and artistic practice is the focus of our research – the Art of Confrontation in Practice – whose results we present and examine in a subsequent section. In this art education research, to be conducted this summer in New York, we are confronting our arrangement of the aforementioned dedifferentiation with other instances of it which are arranged in diametrical and yet perhaps mutually dependent manners. Finally, opening the discussion to the connections between art school and what is post- school, we have in mind the newer forms of Freie Klasse and these efforts to have the learning process be a product of the artistic process as well as art schools whose educational aim is the practical one of helping along the distribution of students into the workings of the art world (a topic Judy Chicago has examined in her most recent book). Overall, the self-reflective delocalization of the model of confrontation is another attempt (along the lines of, say, Gregory Sholette’s work) to explore the creative economy as subject matter currently also being treated meta-artistically.