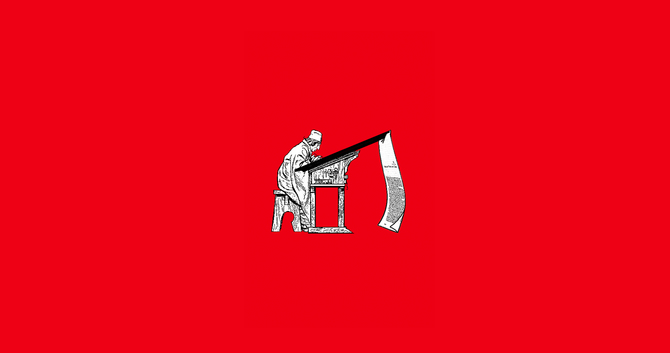 The artist book Samizdat Contrefaçon recycles and illuminates select pages from academic publications, presenting them alongside their manual transcriptions. Thanks to the large quantity of electronic books we’ve illegally downloaded over the course of our meta-creative researches, the theoretical references in question are parasitized, connected and focused in one book. Yet what is at stake is not only rendering accessible the restricted or translating the exclusive (as is often the case with fakes), but also the creative freedom to turn the valueless into value and vice versa. Does there exist fake or counterfeit creativity? If so-called artistic research founds itself on the idea that its output ought to be institutionally assessable, then our inference has been to view creativity as something provable. A certain creative crisis is seen in the children’s drawings by which the original academic texts are overlaid and thus censored. What becomes an aid in counterfeiting e-books is precisely a television, used as a lightbox or scriptorium table. Manually transcribing what’s already been digitized is a procedure that’s anachronic, regressive and above all time-consuming. Such work leaves behind itself on the television’s screen a material trace, i.e. the burned-in pixels of what has been statically displayed for too long.