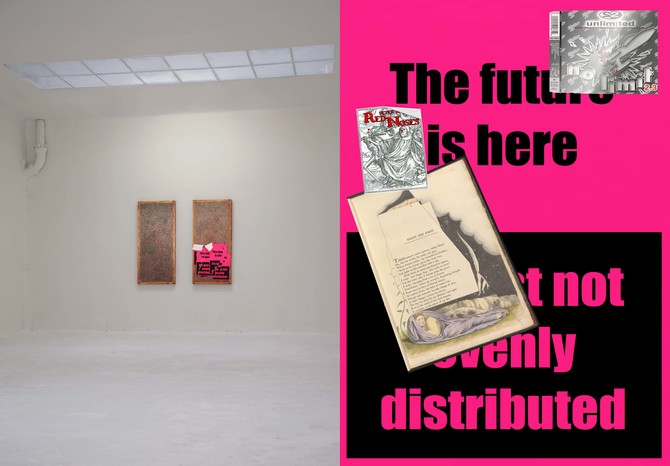 Series of artistic outputs entitled ''Forget Fear - Folly Folks'' - were concerned about digital fasting, slowness, passive being - being a Hermite nowadays. The artwork's focal point was a manuscript Ancrene Wisse, which is a testimony of its time and space, life in the monastery of 13th-century England. The manuscript was reportedly written by three anachorets, that dealt with the intricacies of faith and its organization. Looking for refuge from an overstructured society where periphery and nature is deliverance, a way to freedom and freedom of expression. Ancrene Wisse is a manual of medieval escapism. It is also a remarkable feminist critique of its time. However, its rhetoric was completely relativized by a later translation into modern English. That's why we recreated an Ancrene Wisse in its original, reprinted it, and put it into motion with the D'epog - platform for contemporary experimental stage work and performance. To show how relevant and at the same time anachronic this piece of literature could be.