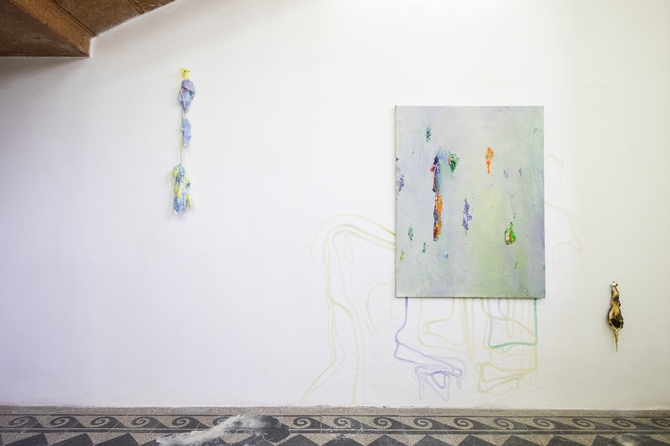 The (Un)Natural exhibition directly confronts both artists’ works which makes it impossible not to distinguish who is the artist behind the individual pieces. The exhibition is considered a single contextual unit in a complex environment which overlaps Pavel Příkaský’s and Anna Ročňová’s languages in a way that allows their artworks to keep their own integrity. Their installation partially responds to the gallery’s space whose historical elements and architecture are close to the neighbouring castle which creates scrummages of paintings and objects that evoke a feeling of a strange presence. The suppressed presence of an unknown being that might have occupied the space at some point or at least helped create it adds another dimension to the exhibition’s title. Suddenly, (Un)Natural does not just represent the dichotomy of the natural/artificial, but also suggests the presence of something non-natural, or even super-natural. The notional noble house turns into the archetypal decaying castle that is run by something other than human spirit and where the natural and supernatural can mean the same thing.