She-Wolf of the Night II 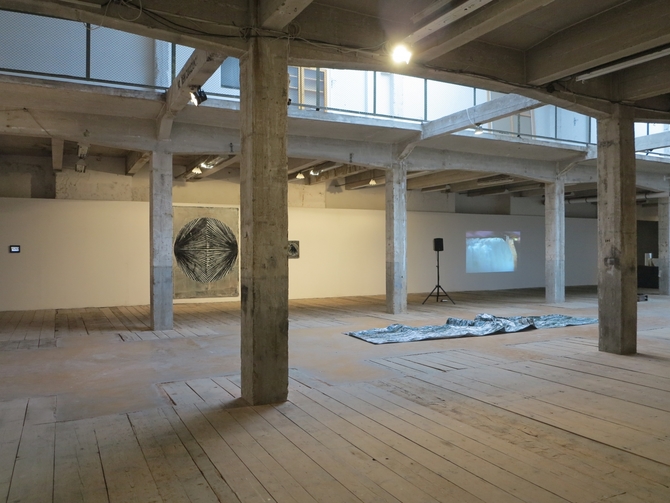 A Few Remarks on Romance

Romance in the city tends to turn into a sentimental pathos, especially around the imported St. Valentine's Day. Plush hearts in the shop windows, slobbery lovers in the subway, pink cakes in the bakery. There is just too much of it, and as a consequence it empties itself into the Disney-like stage outlining Prague's panorama, so beautiful it hurts. Romance outside the city is usually mediated in one way or another. An Instagram picture shared via Facebook, 72 likes, 10 comments. Talking about an escape to a different reality over a glass of red wine in the sexy dim lights of the Bukowski's bar in the Žižkov neighborhood. What would happen, if you were left alone with it, Romance, with yourself? What if you resisted the lust to share? Would you bear it? Would you feel embarrassed? Would cynicism kick in? Would you be afraid? Imagine that you are here all by yourself today, without the glass in your hand and the cell phone in your pocket. In this utmost artificial reality, in a forest made out of paper and brush strokes, visually structured rays of light shining through the projector lenses and the reproduced sound of a heartbeat, recorded by a stranger a month prior to the exhibition in order to be sent over the ocean as a delayed self-portrait. Would you recognize if your eye pupils dilated?

This year there has been no real winter. No snowdrifts, which would immediately turn into sludge in the streets. Is it still coming? What a discussion topic. The fascinating thing about romance is how fleeting it actually is. If one attempts to touch it with a word, or, even worse, with an object, it immediately begins to disappear. Despite that, we can't stop yearning for it, although we feel we ought to relativize our desire through taunting. Especially in the city. But in the forest, when unseen... The hardest part is to cope with yourself.