A project of bäckerstrasse4, Vienna and Radiator Gallery, New York 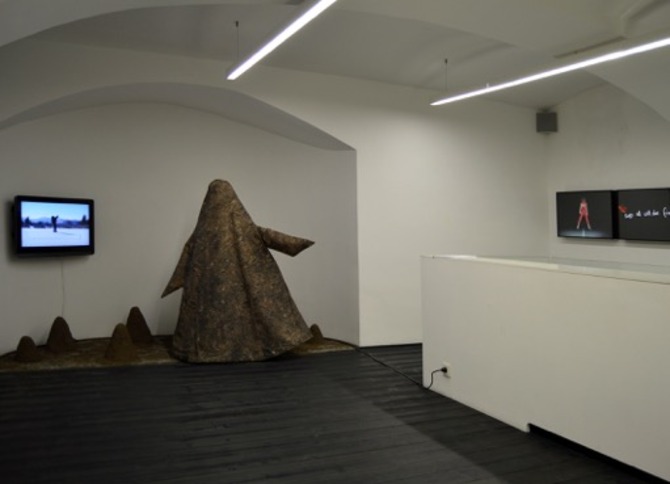 MIND THE GAP is a long-term project that promotes dialogue among artists working in Austria and the United States.

MIND THE GAP I – NEW YORK was presented at Radiator Gallery in 2013-2014. The host of MIND THE GAP II – VIENNA this year is bäckerstrasse4 Gallery. The new edition of the project will feature more artists and specially designed site-specific work.

Mind the Gap speculates on the idea that our time could be described as "technological Middle Ages"––a dystopian metaphor for swift technological advancement concurrent with the rise of disadvantaged communities and compromised societies; a condition of scientific progress occurring during crises of collapsing financial and outdated capitalist systems; an era which bases its mythology on technological products that do not provide any alternatives for reforms of anachronistic public models.

Mind the Gap also reflects upon social linguistics. Its basis is a "translation" of the sophisticated language of innovations into mass language, just as in the Middle Ages complicated religious postulates were translated into the language of the illiterate peasants through visual arts.

Finaly the project examines a great paradox recalling a classic dichotomy from ancient times:  nature versus culture. An advanced technological society is impossible without natural resources, and constantly strives to fix its broken relationship with nature by offering artificial “natural products” to the consumer. The purpose of Mind the Gap is to examine the ways we perceive ourselves in the current technological, political and cultural landscape.

The exhibition presents artists' reflections that move between a personal approach and overarching metaphors, between the romantic idea of progress and visions of dystopia.