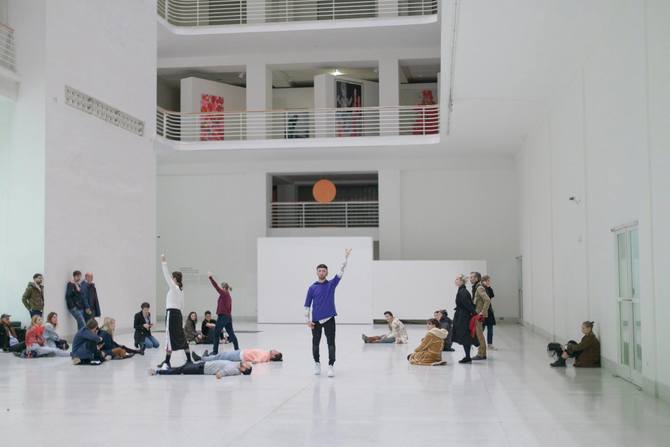 "Delicate Instruments of Engagement" is a collection of artworks, internet memes, political speeches, actions or images that the performers remediate but with emphasis on different narratives and meanings that emerge from these associations and representations. They are performed in different sequences, according to different dramaturgies, while the audience can, from time to time, chose from 4 different beginnings. The beginnings are associated with different sequences/ dramaturgies but sometimes the actions overlap and they can acquire different meanings depending on the sequence in which they are situated: a Coca-Cola commercial takes on a different meaning if performed after a first free television broadcast during the Romanian Revolution of 1989 or Mikhail Fokine's "Dying Swan" choreography for Anna Pavlova after the image of the Ceausescu couple execution during the fall of the Soviet Bloc. The work is more "active" and more abstract at the same time.