Plant-based site-specific installation "Plant Observatory". Its intention was to take care of the plants growing in that building. Since most of them were unwanted in the places where they took root, they were removed from the public parts of the campus and transported to a transitory space. Their status was difficult to describe, balancing between something that is for some reason still valuable and redundant waste. In many respects, they share the destiny of other objects stored in the building, or of the building itself, which has lost its original function. The work emphasised our inconsistent attitude to plants. At the same time, it returned significance to the plants found in the area. Each of them was identified and described in a way that specifies their condition and needs. The "observatory" was designed with use of a photographic background on which all plants from the building was gathered. In this way, a situation reminding a studio photo session was created. Thus plants become remarkable objects, ready to be photographed. This gesture referred to the tradition of portrait photography, which is reserved for a man, testifies to its uniqueness, and brings out the characteristic features of a person. 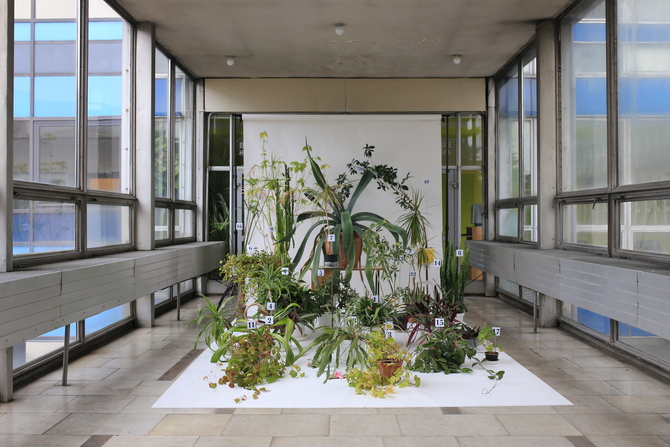