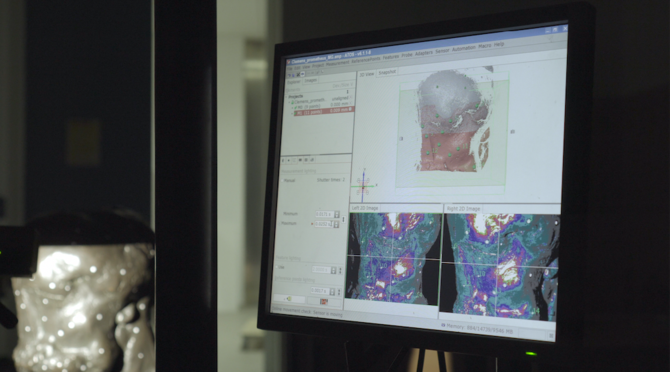 Vermin in a Storm of Progress


There is a painting by Klee called Angelus Novus. An angel is depicted there who looks as though he were about to distance himself from something which he is staring at. His eyes are opened wide, his mouth stands open and his wings are outstretched. The Angel of History must look just so. His face is turned towards the past. Where we see the appearance of a chain of events, he sees one single catastrophe, which unceasingly piles rubble on top of rubble and hurls it before his feet. He would like to pause for a moment so fair, to awaken the dead and to piece together what has been smashed. But a storm is blowing from Paradise, it has caught itself up in his wings and is so strong that the Angel can no longer close them. The storm drives him irresistibly into the future, to which his back is turned, while the rubble-heap before him grows sky-high. That which we call progress, is this storm.

The claim that time is the only way through which we can perceive the totality of being originates in the German philosophical tradition just as the quotation above, although it is more than a century older than Benjamin’s writings. For human orientation in what surpasses them there always needs to be a figure of an observer (who might at points even dare to turn to an actor), attempting to orient herself or himself in the infinity through dividing it into bits and pieces, while the “storm of progress” seems to lift up the remains of past events and twirl them into new constellations made of old orders. Without this figure, the storm is absolute, unconscious of and disinterested in any kinds of before and after and any historical, symbolic, political or epistemological connotations linked to such notions. However, our perception is too limited to let us understand the storm in such terms. Therefore we need to place ourselves – or other creatures in which we assume similar mindsets – on the edge of totality, hoping that from this perspective it could be grasped or measured. For Benjamin, the Angel of History was this kind of an observer, captured so eloquently by Klee as both distancing himself and being drawn to the universal sequence of events.

hrough his project Vermin of the Sky, Clemens von Wedemeyer tests whether inanimate matter formed by artistic vision into an entity commonly understood as sculpture can also serve as such a witness to the boundaries of time and eternity, and how floating on this border influences temporal existence. The video and sculptural installation stems from the artist’s research of the Moravian Gallery sculpture collections, which include works from the Gothic period up to contemporary art. As it is common in global museum practice, individual pieces, however canonic, are stored in well-conditioned depositories more often than displayed – from the perspective of the observer just somewhat avoiding the inevitable journey through time. Wedemeyer selected several pieces which especially drew his attention and disturbed their lethargy through both taking them several floors up (and several kilometers far in some cases) and then even further, symbolically sending them to a confrontational voyage to outer space. Here they certainly find themselves closer to the absolute nature of the storm: they leave their historical, artistic and symbolic qualities on Earth and act rather as meteorites, stars or moons in a situation of creation, or possibly destruction, before a new order is established or an old one broken into pieces.

Sculptures that Wedemeyer selected for his version of the Space Odyssey have all been conserved and classified by the museum curators for their symbolic and material value, although each might have received different attention in such respects. Departing from the storages, they now form quite an unexpected narrative, a peculiar constellation, which leaves their art historical placement aside to allow for a new reading. A bust of Jean-Louis Raduit de Souches by the sculptor Jan Christián Pröbstl, who was notable for the Moravian baroque era, represents a French general active during the Thirty Years’ War. Raduit de Souches initially fought on the side of the Huguenots during the siege of his hometown La Rochelle, and later, after joining the Swedish army and finally the Habsburgs, he became significant for Brno as he defended the town against an enemy army that largely outnumbered his troops. Perhaps just as the legacy of the depicted persona, Pröbstl’s piece appears as already halfway towards the storm, with a nose partly missing and its hair curling into shapes ready to match galactic twirls. The early 20th century Mask of St. Wenceslas by Josef Václav Myslbek is a rather modest work compared to the famous equestrian statue of this prime Czech patron saint by the same sculptor, placed on Prague’s Wenceslas Square where the revolutionary sounds of jingling keys turned into a touristic shopping frenzy. On the other side, where such sounds no longer have an echo, an asteroid named after Myslbek floats in peace, waiting for the sculptor’s creations to eventually join it. Portrait V. by Vlasta Prachatická-Kolíbalová, unfortunately one of the few female artists in the museum’s collections, also appears as keen on joining the space parade, possibly longing to become a second moon looking at Earth with a blue gaze. Another female, a Gothic Madonna by an unknown 14th century sculptor, still proudly holds her divine baby, although she has lost her own facial contours. When in space, stars will certainly shine through. The Ruin of Life by Bohumil Kafka represents a thinker who turns his sight towards the inner world, rather than staying with the outside trouble. He explores the border between the form of human body and pure matter even more strongly than the bust of Raduit de Souches. Perhaps the most symbolic sculpture for the entire project is the 1934 Prometheus’ Head. Prometheus himself represents the mythological sculptor par excellence, who with the help of Pallas Athena brought his creation to life and thus laid the grounds for humankind. Here he is grasped through a dialectic approach between figuration and abstraction that the notable avant-garde artist Vincenc Makovský often employed. Makovský intended to create a proud, internally contradictory but not torn being, with courage to face danger, natural spiritual sovereignty and will to decisive acts. If all terrestrial connotations are lost on this uncanny voyage, such qualities might stay.

Christoph Schlingensief and Alexander Kluge once suggested that German monuments should be deported to the universe and act as stars at night. This is perhaps a similar attempt to rid them (and potentially us as the observers / actors) of the heavy traces of history and politics and leave them in a situation which is absolutely careless about such notions, highlighting quite different properties. As an earthly matter, sculpture is a kind of crossroads, a memento in time and space. To a degree it is always a self-portrait of the artist, and at the same time it longs to capture someone or something else, to frame a historical moment in a process that is at a certain point proclaimed as finished. However, it will never stay at one point, in an ideal condition. Even the artist is well aware of this, although he would prefer to forget that the storm will inevitably take his masterpiece and bring about motion, decay, misinterpretation, recontextualization. From the position of the observer, a sculpture will always be in flux. For Wedemeyer, more importantly, it actually embodies this flux and at the same time reflects upon the affairs around. It is distancing itself from the pile of broken and forgotten artworks that the storm has left behind and at the same time being dragged to the future, knowing that eventually it will also end up on the same stack. No wonder why sculptures often appear so melancholic. Even if their fifteen minutes of fame actually lasted for centuries, they know that their only way to the absolute is through decadence in time.