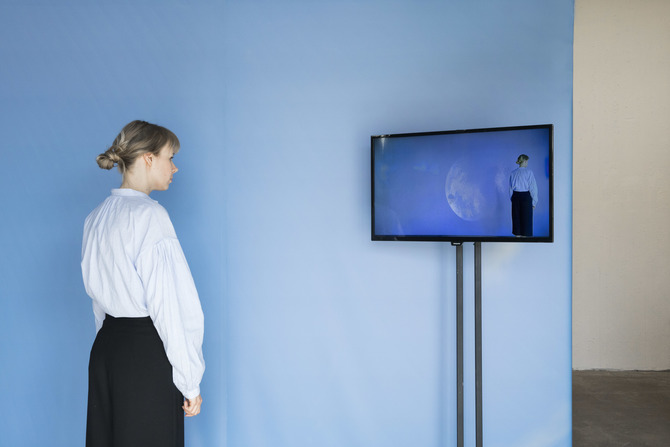 The sky has not fallen – not yet.

If we stop and think for a moment, we will most probably realize that there are many things to worry about in this world – from the ongoing humanitarian crisis, through the increasingly present threat of an environmental collapse to the more and more obvious instability of current political and economical systems and their incompetence to offer sustainable solutions to global issues. It’s certainly not the best psychological condition to live in constant fear, but neither is it healthy to fall for denial and just go on consuming all we can – till we can. Frankly the Anthropos, after whom our epoch is proposed to be named, is in that sense a bit of a childish egoist. A boy grown up without mentally catching up with his physical size. He won’t hesitate to lay grounds for a new geological layer of plastic just to have his snack freshly packed and readily accessible every day. He might have developed into the kind of white male businessman, who benefits from patriarchal order and will mostly put the vision of profit above ethical questions. After watching the news, he would rather build a fence than accommodate a refugee. Haraway would call him the “burning man”, burning fossil fuels as fast as possible, perhaps unintentionally celebrated through the famous festival of the same name, organized annually at the Nevada Desert. The logo of this festival featuring a standing figure with raised arms somehow resembles Da Vinci’s canonic Vitruvian Man – a symbol of the human of modern times, perfectly proportional and balanced, just as the world he is a part of. However, the drawing also became a mark of the age of ratio, during which this man quite forgot that he might be part of anything, and just took off for his own ego trip going global in the name of progress. Unsurprisingly, ideal proportions got lost along the way.

I’m by no means attempting to distance myself or you from this guy, as his spirit getting out of control in most of those who share this planet has led us to the point we presently find ourselves in. We tend to see our own subconscious ghosts in someone else and blame the “others” for our own issues – psychologists since Jung would call this projection and refer to fellow human beings as mirrors to our own emotional processes and struggles. Of course we can blame the Anthropos, but then we have to blame ourselves. Though blaming, worrying or denying never really proved to lead anywhere desirable. Why don’t we rather consider what would this big boy actually want or need in order to wake up and step out of the vicious circle of consumption, destruction, and projection? Once we put aside his expensive toys and precious possessions that temporarily distract him from his self-consciousness and elevate him within the hierarchical order of power (above anything else to be found on this planet, he thinks), I doubt we will find a fulfilled and balanced human being. Without all the unnecessary belongings he surrounds himself with, he rather appears as a lost, lonely and scared little creature. Why don’t we attempt to turn him to the more simple things in life and wait for what would that bring? He might actually begin to enjoy spending time with other (human) beings, getting outside, moving his body more and doing all the things that don’t feed the hunger of the capitalist apparatus. As the American sci-fi writer Kim Stanley Robinson suggests, perhaps we all “should look to Paleolithic activities like walking, cooking, dancing, having sex and talking with friends all night long, which are inexpensive, fun, and burn very little carbon. (…) Were we to get rid of the stuff we don’t need – everything besides food, water, shelter and clothing – economic growth would stall. In certain terms, it would be a disaster and yet it would be better for the planet and for our minds. We must ask: What kind of disaster would this be?”

Would it be a disaster for the Anthropos to return to his caveman roots and attempt to revive them in contemporary terms, potentially with the help of the advancements of the digital era? Perhaps after all it wouldn’t hurt him to stop placing himself in the center of everything and selfishly calling an entire chapter in Earth’s history the Anthropocene. Becoming more aware of himself, his own capacities and limits, he might also become more sensitive to the issues that transcend him – and even begin to see solutions. He could finally acknowledge the crucial need for symbiosis and solidarity not only with other, perhaps less privileged human beings, but also – back to Haraway’s terms – with the rest of the species, systems and critters. He (we) could employ a strategy of “becoming with”, in terms of facing the global political, economical, ecological and all the other fearful challenges thoughtfully and together, rather than having all of us end up with individualist hunger games when the boy burns down the rest of the natural resources. So why don’t we try to calm down this little being inside of each of us, and contribute to creating an environment in which he could grow up into so much more than a narrow-minded Anthropos? The sky indeed hasn’t fallen yet, and there are still many options. We might as well begin to talk about those more often than discussing all the potential ends of the world and blaming anything or anybody but ourselves. Virginia Woolf famously said, “Think we must”. For a start, would it be a disaster to replace worrying with thinking?